Soccer Star Ronaldinho Investigated In Paraguay ... Is That a Fake Passport?! 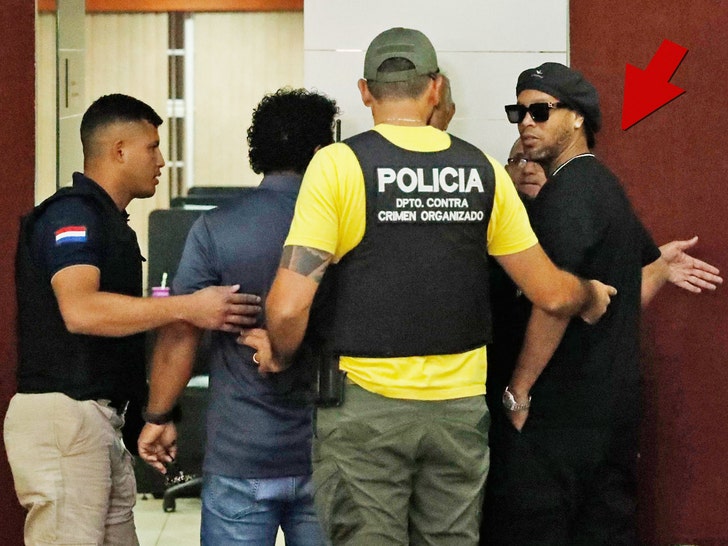 International soccer superstar Ronaldinho -- one of the most recognizable athletes in the world -- is under investigation in Paraguay after officials say he tried to use a fake passport.

We know what you're thinking -- why the hell would he do that?!

The 39-year-old had reportedly had his Brazilian and Spanish passports confiscated in July 2019 over unpaid taxes -- but he still wants to travel.

And while the former FIFA World Cup All-Star was in Paraguay with his brother to promote a new book, officials became suspicious of the passport he used to enter the country and searched the hotel where he was staying.

Paraguay's interior minister told ESPN Brazil Ronaldinho has NOT been arrested at this point -- but he is being investigated by police while investigators look into the matter.

The minister told the Associated Free Press the soccer star's case will go in front of the prosecutor's office early Thursday morning.

"I respect his sporting popularity but the law must also be respected. No matter who you are, the law still applies," Euclides Acevedo told the media.

Ronaldinho was an absolute STUD back in his playing days -- winning World Player of the Year in 2004 and 2005. He was also part of the Brazil team that won the world cup in 2002.